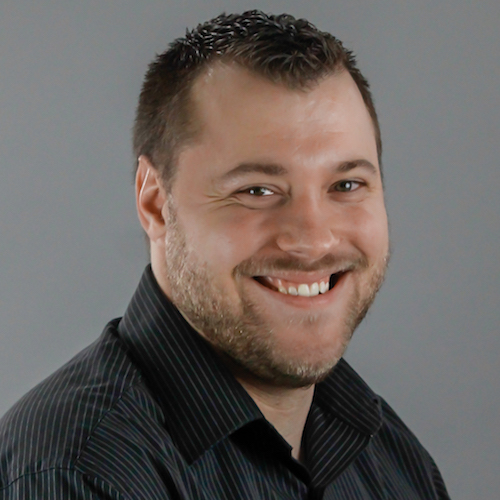 The Worst Year of My Career

Sometimes, something amazing comes from something you hoped you never experienced.

As teachers, we all dream of having a life-long impact on our students’ lives and inspiring brilliant minds, like the fairytales we see in movies or in books. The truth is, teaching is a lot harder than most think. Even those of us with fancy degrees and hands-on student-teaching experience have no idea what we’re really in for, or what kind of chaos awaits us behind the doors of our first classrooms.

For me, it wasn’t necessarily that first class that provided the rude awakening I would need to inspire a new, innovative way of teaching… and thinking. To be honest, my first couple of years weren’t all that bad. Sure, I had my challenges, teaching in an “inner city” district is no walk in the park, but I got through it and learned a lot as I did.

It wasn’t til my 3rd year that I faced the most challenging obstacle of my career…failure. Now, I’m not talking about actual failure in the sense of my students all failing and losing my job. I’m referring to my realization that I had settled in and accepted mediocrity. I tried to justify it. The urban district I was in had moved me to a new school, with new administration, a new staff, and a new school name (with 100% economically challenged students). I had to adjust to a new culture and a new set of rules and expectations that were non-existent.

Now, going into this new world of challenge, I thought I had good instructional practices. I thought I was pretty good at class management. I thought I had an expertise in STEM and Problem Based Learning, But none of that mattered. I was removing more kids from my room than ever before, I had the lowest student progress and growth of my career, and I felt like I was drowning.

At the end of the year, I took a look at some of my exams and assessments. As I reviewed the content and concepts I had done my best to try and teach my students (the key word here is TRY), I noticed one thing: it was all lower level, basic recall. I had lowered the expectation I had for students based on what I thought they could accomplish.

I had failed my students, because I allowed myself to accept their failure as the best I could do…as the best they could do.

From that moment I told myself that I would never let that happen again.

As I reflected on that year, I took each challenge and tried to rationalize and explain, using what I knew about education to re-think the way I taught.

I started with management

. I tried to see the class from my students perspectives. The students that were being removed most or displaying argumentative behaviors were the ones having the hardest time learning the material. They weren’t lashing out because they wanted to be disruptive, they were lashing out because they were drowning and falling behind (and probably not just in my class). On the other end of the spectrum, I had students that understood the material the first time and were bored and acting out because I was insulting their intelligence, accepting the standard as the highest level they could achieve, and not challenging them to learn more. I realized that I needed to create a system where each student could learn at their own pace to prevent these occurrences and hopefully reduce my management issues.

Next I looked at the depth of the content

. I decided that if I set the bar higher and made students more accountable for their learning, then they would have control, and accountability. I started to organize my curriculum into levels based on the depth of knowledge that they were at. I took all of those simple questions and lower level concepts and put them at level one, then the experiments and higher level application activities at level two, and harder assessments and projects at levels 3 and 4. I ended up throwing out a lot…adding even more and really reflection on weather learning activities “made the cut.” At this point I had spent so much time re-working my lessons and curriculum there was no turning back.

Finally, I removed the fear of failure

. With these two realizations and the changes made, I needed a way for my students to access the tiered levels of learning tasks in a way that allowed them to take their time with and truly master the material as they went through it. I decided that I couldn’t let them just “turn in” work anymore. I couldn’t let them just accept the grade they had gotten. I needed to give better feedback. I needed to give them more chances to succeed. I needed to remove the fear of failure and “force” them to show me what they could do before I let them move on.

I decided that 85% would be the cut-off for my expectation of their work. I started figuring out how I could assess each learning task on this scale and organizing each in a way that made sense to me.  This is where the “grid” idea was born. I created these activity squares with information on each lesson and as I organized them I realized that I had created a way for me to visualize my curriculum. More importantly, it was a way for my students to see their progress. With some slight modifications, and the development of  tiered “student friendly” learning targets, I created my first “Mastery Grid.”

Considering the previous year and how it went, I was terrified to go back to school. Yet, I had a sense of excitement and a new, revived sense of passion. I had a new method of instruction and it needed to work. I knew it was based on best practices and it “should work” but as I had seen in the past, sometimes research doesn’t pan out in the classroom. As the year began, I taught my students how to look and learn using The Grid Method. It felt like the system was sort of “coming together” a bit more each day.

By the end of the first month, I was amazed.

My students had bought in. They knew what I expected of them, they were better behaved, and they more motivated than I had ever hoped. As I continued to modify and perfect implementing the system, my students got better at learning that way. They stopped focusing on what they had to do and started focusing on what they were learning. Knowing they couldn’t move on until they “knew” something, encouraged them to try harder the first time. Knowing that they weren’t just going to get a grade, but rather an explanation and guidance to achieve a higher grad, inspired them to be more confident.

My assessments (which were much harder than the previous year) were showing much higher averages. The amount of discipline issues I was having also dropped tremendously. I had found a way to reach my students and push them on “their” terms instead of mine.

Letting go of that control isn’t easy. It is perhaps the hardest things I have ever done as an educator. Utilizing “The Grid Method” which is what I now call it, saved my career. My administrators at both the building and district levels are amazed at what goes on in my classroom and I have never been more proud to invite people in.  In a way, I  am thankful for that horrible year, because out of those ashes rose a phoenix and a new way to reach my students and help them succeed.

My mission now, is to find teachers who are where I was and help show you a way to “rise again”. I have never met a teacher that doesn’t want their students to succeed. I am confident The Grid Method is a tool, system, methodology, and a weapon to help every student succeed.

It all happened because I had the worst year of my life.