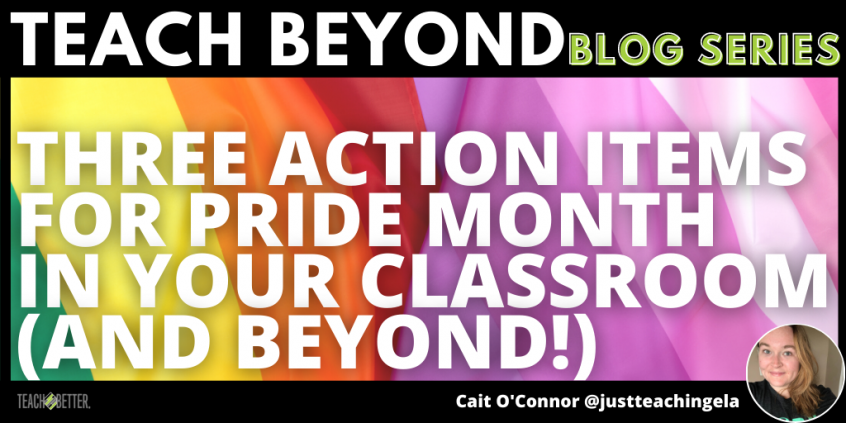 LGBTQIA+ Pride Month isn’t just parades and rainbows. It’s about history, celebration, struggle, and love. Students and teachers who identify as LGBTQIA+ need and deserve spaces that validate and include them unconditionally. Here are three action items teachers across grade levels and subject areas can take to promote equality and inclusion of LGBTQIA+ community members in the classroom (and beyond!).

LGBTQQIPPAA+. That’s a lot of letters! But it’s a lot of letters describing a lot of people. (And the ones I listed aren’t even all of them!). There are as many variants of gender identity and expressions of love as there are humans. Thus, these letters and how we interact with them matters.

Understanding the relationships between the letters in the queer umbrella is equally important. The aforementioned word—often used to describe people in the LGBTQIA+ community—has not been reclaimed by everyone, and should not be used as a stand-in for everyone on this spectrum. Some of your students and people you meet may identify with the word queer and use it in their speech. However, in many parts of the world, this word and its variations are still wielded as a slur.

Celebrating LGBTQIA+ history in the months beyond June can ensure that important pieces of our history and culture that were built by this community remain visible. Click To Tweet

It’s also important to note the distinct differences between gender and sexuality. Trans experiences are still misunderstood or even ignored, even though they are part of the community. More youth are identifying as trans or nonbinary now than ever, because they are finally finding the language and visibility that has been denied to them, even as trans/GNC/nonbinary individuals have existed for centuries. Who we love is not the same as who we are or how we present. Teachers must consider names, pronouns, prefixes, and rethink binary-coded spaces when interacting with trans folks. These considerations are part of working to decenter heteronormativity and cissexism.

Some great resources and reads for K-5 include books like What Was Stonewall?, My Shadow is Pink, Julien Is a Mermaid, and I am Jazz. These are great ways to introduce representations of both real and fictional characters in the LGBTQIA+ community. 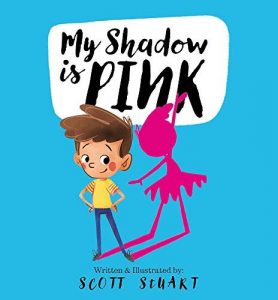 Ballroom culture and other different styles of modern movement can be credited to icons from 80s Harlem.

These histories have a place across the curriculum in physical education, social studies, literacy, and more. This year, my students watched Maya Angelou perform “On the Pulse of Morning” in 1993, at former President Bill Clinton’s inauguration. During her recitation, she wore a red ribbon on her lapel, signaling a “new day” for the federal government to address the HIV/AIDS crisis. In years past, I’ve also taught briefly about the history of the Lavender Scare while reading The Crucible, did a unit on the Laramie Project, and discussed the treatment of LGBTQIA+ people in Nazi Germany during the Holocaust while reading Night.

Featuring LGBTQIA+ people and their histories year-round in the classroom can do more to normalize people of all identities. Celebrating LGBTQIA+ history in the months beyond June can ensure that important pieces of our history and culture built by queer folks remains visible and integrated in our students’ lives.

Most people who are outside the community who seek to support LGBTQIA+ students, colleagues, and friends usually call themselves allies. To clarify, many people think the A on the end of the acronym stands for ally. It does not.

Allies are not centered in the acronym because there is space for them virtually everywhere else in the world. Being a good ally means listening to the voices of LGBTQIA+ people, and amplifying those voices whenever possible. Allyship does not mean speaking for or over us, though. It means being able and willing to adapt and change with the knowledge that people acquire as they come out. It also means letting those who identify as LGBTQIA+ be the primary owners of their stories.

Allies are a wonderful addition to the fight for equality. But what we really need are more co-conspirators.

The language of ally vs. co-conspirator changes the act of amplifying and fighting for equality from passive to active. It is one thing to align yourself with those who are different and advocate for their equal position in our schools, communities, and beyond. Allies often express a deep commitment to equality, justice, and inclusion (and thank you for that!). But it’s another set of actions altogether to actively learn, grow, and take part in challenging our cultural and educational norms in tangible ways.

Below are some ways you can move from being an ally to a co-conspirator in your own classroom and beyond.

If your school has a Gay-Straight Alliance (GSA), ask for safe space stickers or signage to hang around your classroom. If it doesn’t have a GSA, start one! Schools with GSAs or similar clubs actively reduce depression, anxiety, and suicide among LGBTQIA+ students, just by existing.

Mess up, move on.

Got that student’s pronouns wrong? Just say the correct ones over it and keep moving. Don’t draw more attention than necessary to the situation.

Many schools across the country are challenging policy that reinforces heteronormative, binary, and dated practices and rhetoric. Students and teachers are questioning practices like gender-color-coded graduation attire, sports participation, restroom and locker room usage, health education, and dress codes that reinforce nonbinary students’ dress as “distracting” simply because it does not align with dominant group expectations. Some students request the removal of their deadnames from their digital profiles so they can safely go by the correct name while hybrid learning.

This year and beyond, make a commitment to teach with pride. Honor the people, places, and things that made Pride possible. For more resources, reach out to me on Twitter! I’m happy to help curate your Pride-focused curriculum. #TeachWithPride #Pride365