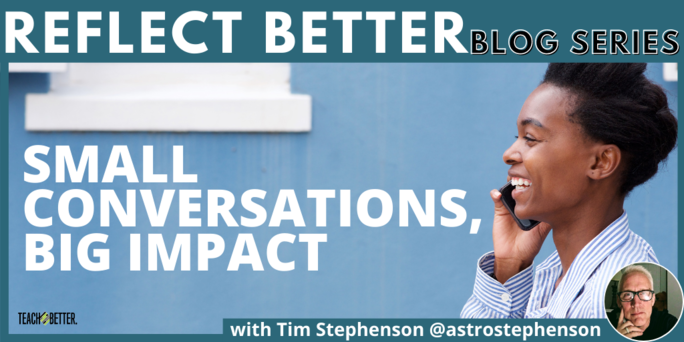 As stated in previous blogs, I teach astronomy. Now, what was one of my first teaching moments related to space?

Back in the 90s, I was teaching a grade 9 science class in another teacher’s room. The teacher’s name was Henry. Henry always wanted to be helpful and I always admired this about him. He was the older teacher and I was the younger one.

Henry used to come into my classroom while I was teaching and listen to what I was teaching. He would offer suggestions, tidbits of knowledge, or a lesson idea, and I would listen. One time, he mentioned to me something about redshift. I had never heard of this concept. This is the idea that the universe seems to be expanding because light coming from very distant sources seems to have shifted to a longer (more reddish) wavelength. This can only mean one thing, which is that the galaxies are moving away from each other.

As someone who has taught for the better part of 30 years, one of the best techniques I have used to learn is to listen for those pearls. Those are golden nuggets that come from what may be insignificant conversations. Click To Tweet

I found this interesting and before that small conversation with Henry, I had never even heard of this. It intrigued me so much that it compelled me to learn more. About 6 or 7 years later, I was starting to teach my own astronomy course, developed by me, taught by me, because I found it interesting. And if I’m interested in a passion area, guess who notices the most?! That’s right…the students.

This was a small conversation that literally changed the direction of my career. How closely are you listening to your small conversations? Do you hear that small voice inside your head that says, “Hey, you better pay attention to this”? Or have you even opened yourself up to this level of awareness as you go about your busy day?

The head of our science department, Sue, once reminded me that the textbook is not the curriculum. It is only a guide or a suggestion. Such wisdom for me in my first year of teaching.

Another time, a colleague named John said that a test is not a learning situation. At the time, I disagreed with him but felt too young to say anything.

Or the time, another colleague named Mike told me that his tests were just a big blank sheet of paper on which students would reflect and express all that they had learned on the topic of discussion. Mike was a very big picture thinker, not one to pay too much attention to detail, yet very much ahead of the time when he allowed students to “free-think.”

And from what I recall, his students’ work showed deep understanding on a myriad of topics. This was personalized learning before it became a buzz word as students were given the chance to say what THEY learned, not what the teacher told them they should have learned.

Here’s another example. Twenty years ago, I spoke with a learned friend named Doug and I’ll never forget a simple thing he said. He said, “Isn’t there virtue in knowledge itself?” I loved that because it was so simple, yet so profound. 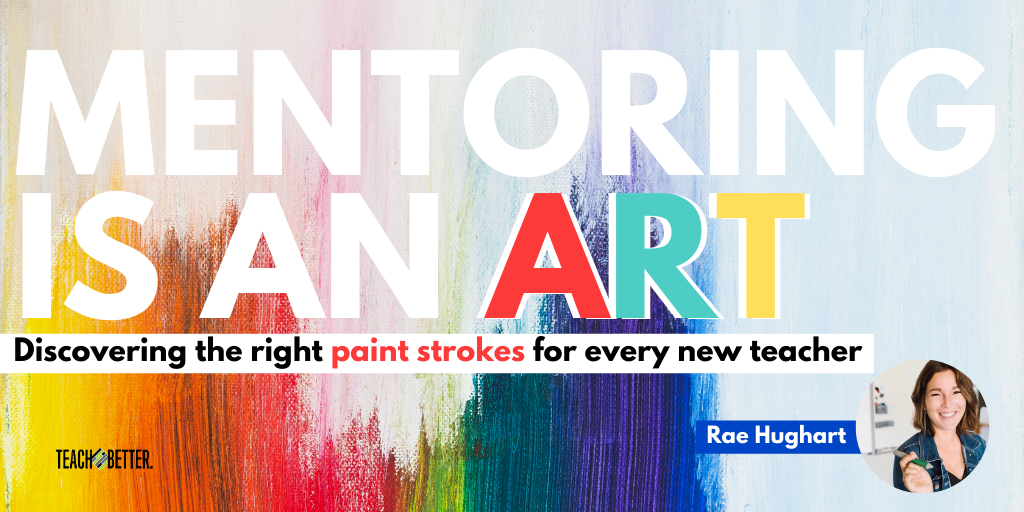 Way back at the beginning of my career as a teacher, I believed more than anything else that a successful career in education would be predicated on being a passionate teacher. I truly believed that the key to getting a student to learn is that I first must be willing to learn and show that there can be great excitement and joy in learning.

As someone who has taught for the better part of 30 years, one of the best techniques I have used to learn is to listen for those pearls. Those are golden nuggets that come from what may be insignificant conversations. Allow these to shape the way you teach, let them alter your course, and affect your decisions. Be open to these whispers of wisdom, even if they come to you inadvertently.

These days, it is so much easier to find them by listening to podcasts. If you haven’t already, check out the Teach Better Podcast network. If I could recommend a few, this month I am a big fan of any podcast featuring Brad Hughes, Joshua Stamper, Adam Welcome, and Dave Schmittou. Find these people through the Teach Better website and listen daily. It WILL affect you and make you a better teacher!

Tim has been teaching in Langley, British Columbia for over 25 years. He’s a science teacher, particularly astronomy, which is a course he has developed into a full credit senior science course. In his school, he is known as AstroStephenson. Way back at the beginning of his teaching career, he wrote a book, really to himself, that contained his teaching philosophy. It was a project that would define his career. He is a possibility thinker, a dreamer and a doer, an innovator.

From the very beginning, he knew that he wanted to teach by putting students and relationships ahead of content, and putting experiences and emotions ahead of curriculum. The result has been a long career of rich and rewarding experiences for both himself and his students, the pinnacle being in 2018 when he was the recipient of the Prime Minister’s Award for Teaching Excellence.

Now Tim would like to share with you his thoughts and experiences on teaching with the hope that by reflecting better, you will feel empowered to try new things, teach in new ways and see the possibilities that are there for all of us in the teaching profession.