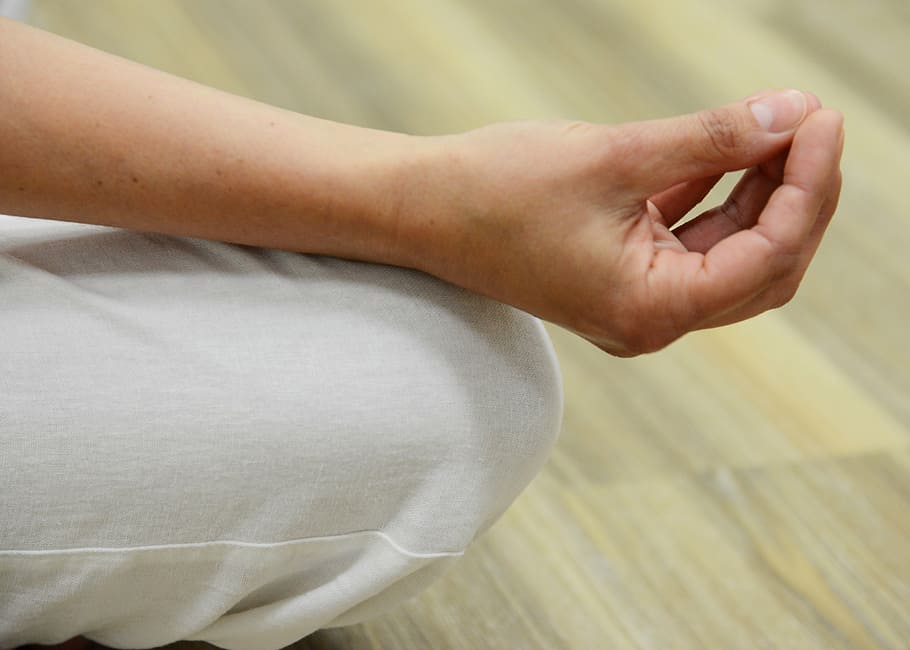 When my father took up meditation in the late 1970’s, my three siblings and I did what any self-respecting children would do when they saw their parent doing something they didn’t quite understand.

We mocked him unmercifully.

As he sat on the couch with his eyes closed, alternating his breathing between nostrils, my brother and two sisters and I rolled around on the shag carpet like little chimps, exaggerating our breathing. And mimicking my father’s movements, we would close one nostril with our thumb, breathe melodramatically, and then switch our thumb to the other nostril.

We thought it was hilarious, and next to watching The Super Friends or The Bugs Bunny/Roadrunner hour, a good way to spend a Saturday morning.

But in retrospect, I wish we hadn’t.

Not only do I feel that our shenanigans made my father self-conscious about his new hobby, but it may have also contributed to his abandoning it not long after, the meditation books he bought gathering dust in the third drawer of his dresser.

And now that I am a firm believer in the scientifically-proven benefits of meditation, I lament that if I had paid more attention instead of mocking it, I may have started my practice earlier and reaped those benefits for much longer.

So what are some of the benefits of meditation?

Among many other gifts, meditation can:

Yet even now, nearly fifty years after my father did alternate nostril breathing on our burnt orange couch, meditation still carries with it certain stigmas. People think it’s about religion. They think it’s woo-woo. That it’s only done by weirdos, hippies, and monks.

It can be all of those things, but it doesn’t have to be.

In our culture, though, we think that whatever benefits us needs to be difficult or challenging. But not so with meditation. Click To Tweet

The formal sitting meditation that emerged from the Zen Buddhist tradition is called zazen and, if you’re so inclined, you can find meditation centers in your area that cater to that method. I tried that here in San Diego, but it wasn’t for me.

During zazen, you may do a sitting meditation from anywhere from 20 minutes to 2 hours. It took my entire Sunday morning.  And as Sweet Brown used to say, “Ain’t nobody got time for that.”

So I’ve opted for a more secular, informal, less time-intensive exploration of meditation. I decided to concentrate on an approach that fits my rhythm, my lifestyle, and my own personal needs.

The funny thing about meditation—at least the way I do it—is that it is ridiculously flexible, only takes a few minutes, and it can be done anywhere.

The Zen Teacher workshops I give show teachers how to reduce stress, improve self-care, and increase their sense of calm and equanimity. In them, I always say that meditation is really just breathing and focusing. Usually just focusing on the breathing.

In our culture, though, we think that whatever benefits us needs to be difficult or challenging.

But not so with meditation.

I am currently one of the co-advisors of the yoga and meditation club at my school. And one of the most difficult things to get across to our young charges is that meditation doesn’t have to be any more difficult than breathing and focusing. That’s it.

But kids these days? They want to make everything more difficult.  And when I say “kids,” I of course mean all of us.

Even though meditation is one of the great superpowers of an effective self-care plan, one of the hardest things to learn is to not complicate things and just to get out of our own way.

For example, when I started meditating, I thought I could have NO thoughts. I thought the goal was to achieve a completely empty mind. (Some people would suggest that I achieved that goal long ago). But really, that’s not possible.

The goal is not to have NO thoughts. Rather, it is to notice the thoughts that come and, as you breathe, acknowledge them without ATTACHING to them.

As someone once said, “It’s like sitting on a river bank. We can watch the current go by, but that doesn’t mean we have to jump into the river up to our elbows.”

That was a revelation.

It’s okay to HAVE thoughts.

You just can’t allow them to CONTROL you.

And yes, that’s easier said than done. . . But that’s why it’s called a meditation PRACTICE.

And I have faith in you.

Are you looking for a simple, affordable, and ridiculously easy strategy for improving your self care?

Then start breathing. And focusing. And then focus on your breathing.

And if you ever have to do it near my siblings and me, we promise not to mock you.

Dan Tricarico has been a high school English teacher for nearly thirty years. He is also the author of The Zen Teacher: Creating Focus, Simplicity, and Tranquility in the Classroom (DBC, Inc. 2015) and Sanctuaries: Self-Care Secrets for Stressed Out Teachers (DBC, Inc. 2018). In his spare time, he enjoys writing, listening to music, reading mystery novels, watching movies, and staring out of windows. One of his first loves is writing poetry, and he has published many poems both in print and on-line.