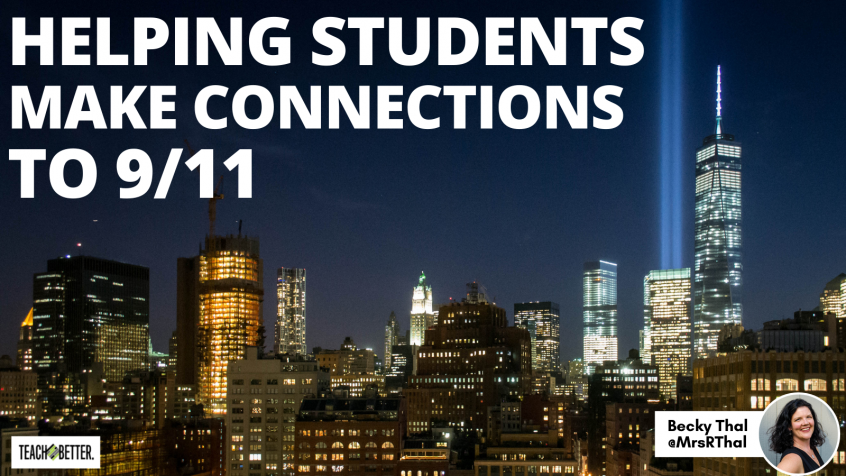 I know you have been collecting testimonials over the years from various people that lived through the events of September 11th.

It’s hard to believe that the 20th anniversary of the September 11th attacks is nearly here. As a resident of New Jersey, the events of that day will forever be ingrained in my memory because I could “see” what was unfolding—not just from the news coverage, but from being close to the actual scene. Prior to my teaching career, I worked in advertising in NYC. I was at work in midtown the morning of 9/11. As cliché as this sounds, it was truly a day I will never forget.

A friend and fellow teacher from my town recently posted on Facebook that she was still collecting testimonials from folks about their experiences and memories of September 11th. Apparently, this is a practice she’s done for years, and she shares them with her high school students. I immediately messaged her about it, as I’ve been wanting to write down my recollections for years. But like so many things, this task has been pushed to the back burner. What Cheryl is doing is remarkable, and so meaningful for all involved. I decided to interview her about this project for my latest blog post.

In some respects, they give a small voice to those that perished that day. Since they are not here to recount that day themselves, we can help recount some parts of it for them. Click To Tweet

Tell us about yourself and your role in education.

My name is Cheryl Krol and I have been teaching history in Middletown Township for the past 15 years. For 13 of those 15 years, I was a general education teacher teaching in the ICR setting and recently have switched to the special education role the past 2 years. I have taught World History and United States History. I’ve also been a coach, advisor to co-curricular clubs, and have written several curriculums throughout my career.

I know you have been collecting testimonials over the years from various people that lived through the events of September 11th. What gave you the inspiration to do this?

Growing up I was lucky enough to be able to spend time with my grandparents where we would discuss their life experiences. Not only did I ask questions, but most importantly, I listened. My grandfather would tell me stories of when he was in the service during WWII including the attack of Pearl Harbor and my grandmother would talk to me about events such as the assassination of President Kennedy. I had always been interested in learning about the past but I felt like it was most interesting to talk to the people who lived through those experiences that I was reading about in my textbooks.

For years following the attack, we did not talk about the events or learn about them in school.

As a town, it still hit too close to home. Although the events were not taught in schools, it was always remembered. In 2011, after reading a local article written to remember the events and how they impacted Middletown and surrounding communities, I decided to develop a lesson on the events of September 11th. It had been 10 years since the event occurred and my students started asking me questions. I could recall the day’s events in great detail and we always had a great discussion. It was not only a way for me to remember the past but a way for students to learn from experience as I had with my grandparents.

That year I reached out through Facebook to have my friends and family write their memories down. I received an overwhelming amount of responses and have included each of those testimonials in my lesson each year. There are testimonials from those who were teachers, students, administrators, service members, and residents who lost loved ones.

I thought it was important for people to comment on what life was like before September 11, 2001, because many of my students were born and raised in what we call a “post 9/11” world. I developed the lesson to offer my students a way to learn about these events written in textbooks through firsthand experiences. It offered an opportunity for students to see how history is all about perspective. Each testimonial offers a different view, but they all have a lasting impact on how we learn and remember that day in history.

What do you think it is about firsthand accounts that make teaching history more meaningful?

It offers students an opportunity to read different perspectives on the same events. It lets them decide how they will understand the event. They can develop their own opinions based on the experiences of others. It also helps them recognize bias, the author’s emotion, and other contextual factors that have an impact on what is written and remembered about historical events.

How have your students responded to those testimonials?

I feel like this lesson opens up a conversation between me and my students, and also between my students and their families. Many students go home and talk to their parents, who then share their memories like I did with my family. One student came back the following day and spoke to the class about his father’s experience being in the towers. He brought his father’s work ID card which was destroyed the day of the event. His father was one of the lucky ones who survived the collapse of the towers and it was amazing to see the students look, see, and feel a little bit of that history. Overall, the lesson allows students to learn, reflect, and ask questions about the events. It is also one of the lessons that my students remember years later.

Is there a story that has resonated with you the most?

Each story that I have and give to my students has impacted me differently as I get older. When I became a mother, one of the testimonials that resonated with me was from one of my colleagues. She was pregnant with her first child at the time. Her story is emotional for me because she recalls how she was fearful of raising her child in such a “different” world.

What was your recollection of the events that unfolded on September 11th?

On September 11th, 2001, I was a junior at Middletown High School South. I remember it being a beautiful day. Clear skies and amazing September weather. I was sitting in Spanish class when the bell rang and my teacher was nowhere to be found. Students started coming into the room late saying that a bomb went off in NYC. Those who were lucky to have cell phones tried to call out to parents, but phone lines were busy or they were not able to get through.

The rumor mill began amongst teenagers in the halls and classes. While I was in English class, names began being called over the loudspeaker as students were being taken out of school early. In some cases, I remember names of students being called who would later learn that their father or mother was not coming home. Sitting in class our principal came over the loudspeaker and made a statement about what was happening. It was brief, general, and meant to calm the chaotic chatter amongst faculty and students.

As the events of the day unfolded, I left school early and went to my grandparents’ house. I distinctly remember walking into my grandmother’s kitchen and seeing her at her table, tears falling down her cheek.

At this point, without social media or smartphones, we only had heard rumors of what had been happening.

When I asked her what was wrong, she pointed to the TV screen. I saw people covered in dust running away from the collapsed towers. She turned to me and said, “This is your Pearl Harbor.”  Pearl Harbor was an event my grandparents had spoken to me about in the past. In this case, their experiences were becoming mine just 60 years later.

After some time, my sister and husband (my boyfriend at the time), drove to Port Monmouth to watch the cloud of dust that stretched across the sky from NYC to Sandy Hook. There was a crowd, but the crowd was silent as they watched the horrors from afar. When we returned home, I remember watching the President address the nation with my family. Then I remember watching the news, where families were begging for their loved ones to call and come home. The days, weeks, and months following the events of September 11th in Middletown were somber yet patriotic. Family and friends came together to support each other as they mourned loved ones.

That day I made sure to take pictures, keep newspaper clippings, and write down what I remembered. I felt that one day I would have the responsibility to teach younger generations exactly what we experienced that day in American history, especially in Middletown. Middletown lost 37 residents that day and many of those residents were family members or friends of my peers. 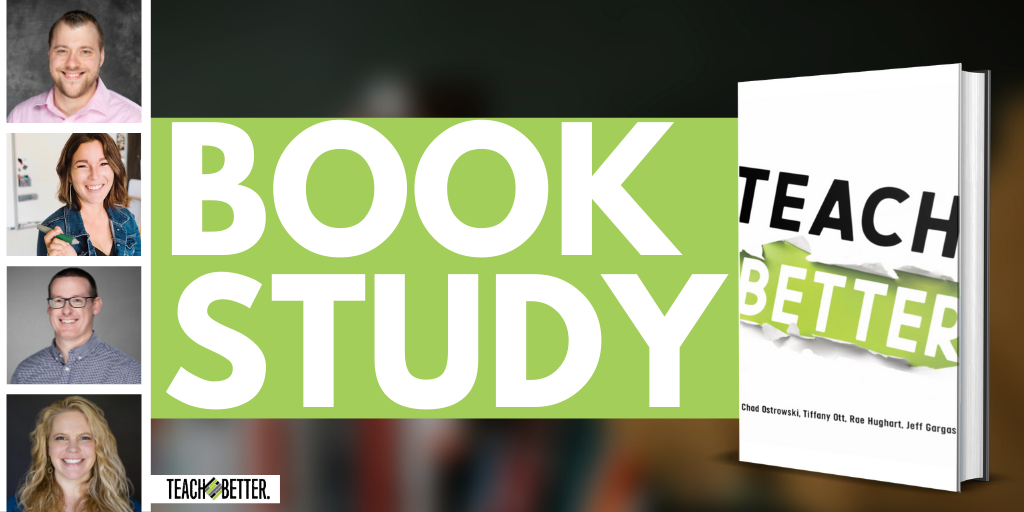 Why do you think it’s important to continue teaching students today about 9/11? What important lessons can be learned?

I think it is important for students to understand that, although this was a horrific event, it was also a time when the United States came together and supported each other. The sense of patriotism was not divisive. We were a unified country in a time when we needed each other the most. It showed the best and worst parts of humanity.

New Jersey lost so many residents that day. But as they say “gone, but never forgotten.”  Fortunately, their memories live on through family, friends, colleagues, and various town memorials. But firsthand accounts like Cheryl Krol has collected are truly special. In some respects, they give a small voice to those that perished that day. Since they are not here to recount that day themselves, we can help recount some parts of it for them.

As I sit down to put all of my thoughts and memories together on paper, I can’t help but get emotional all over again. In many ways, this is a very therapeutic exercise and one that is long overdue. So thank you, Cheryl, for giving me the opportunity (and excuse) to share my firsthand account. I hope your students appreciate your efforts to bring history to life.

Becky Thal is a 5th grade math and science teacher in New Jersey. In addition, she works on marketing projects for the Teach Better Team and is an edtech consultant. Prior to starting her career in teaching in 2005, Becky worked for several years in advertising in New York City. She is an active member of her school staff and local community. In her spare time, Becky enjoys trips to the beach, trying new restaurants, and attending her kids’ various sports games and events. She lives with her husband, three children, and Labradoodle, who she loves spending time with on the weekends.