This year I had multiple lessons fail for a number of reasons. Some within my control, others outside my control. Reflecting and bouncing back with a “killer” ENCORE saved my lesson plan from major catastrophe, and I feel the students learned something, whether it was curriculum or life related.

When a classroom is more student-centered and students have more freedom, things will be broken, accidentally or on purpose. It’s reality. It will happen. Last week (in the final weeks of the school year), I had a student purposely shatter a computer mouse. My students said pieces flew everywhere. I missed the mouse shattering incident since I was outside my room greeting students as they entered.

ENCORE! Instead of loosing my wits about the broken mouse, I continued discussing the previous day’s work and preparing students for the next step of their projects. Despite my anger, I pretended not to see the shattered mouse.

After class,  I picked up what was left of the it, and for the entire day dragged the circuit board of the mouse (still attached by the usb wire) around the halls asking students, “Who killed my mouse?” Before noon, I knew who shattered the mouse, and I didn’t have to take up my class time to resolve the disturbance.

Occasionally, things will break accidentally. A Chromebook gets water spilled on it. The VR goggles get dropped. The classroom drone may end up in a tree. A chair or desk may get knocked over, or my glass coffee mug can shatter on the floor. Getting upset is easy… keeping your cool is hard.

Whether accidental or on purpose, I attempt to teach a life lesson, despite being upset or angry. I teach forgiveness while showing disappointment for those that are done on purpose. For the accidents, I teach grace, perseverance, and the importance of having a positive attitude to continue, despite the chaos that arises. 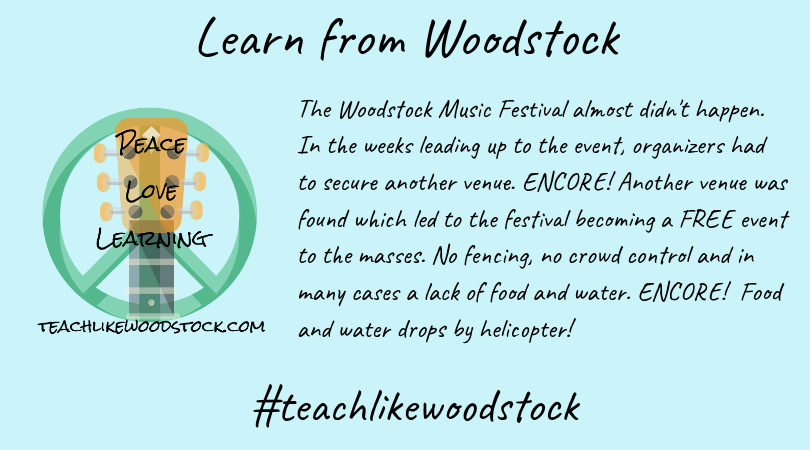 Lesson mastery can delay the direction and the plans of a teacher. It’s difficult to accurately plan, due to different learning styles and learning speeds of our students.

With technology, completion of a project may take longer than planned due to the learning curve of the app, website, or device. I’ve struggled with time limits because I don’t want to stunt or rush creativity. However, allowing too much time can lead to behavior issues.

ENCORE! I’ve come to “roll with the changes”, as REO Speedwagon would say. I used to get upset when my lesson plans were delayed, or in some cases thrown out, in the past.  I’ve had success with managing time and pacing when I’ve broke a project up into pieces, having multiple “soft” due dates for each part.

After reading Mitch Albom’s newest book The Next Person You Meet in Heaven, I challenged my students to create a virtual or augmented reality project focusing on the five people the main character meets. Before students were allowed to get a Chromebook or pull out their phone, they had to show me their plan on paper. The plan needed to include what pictures and wording would be used in the virtual experience. See planning form.

Once their plan was approved, they were allowed get a Chromebook and begin to the design in Metaverse (http://studio.gometa.io). To view on a phone, the user must download the Metaverse app. See Student Projects. 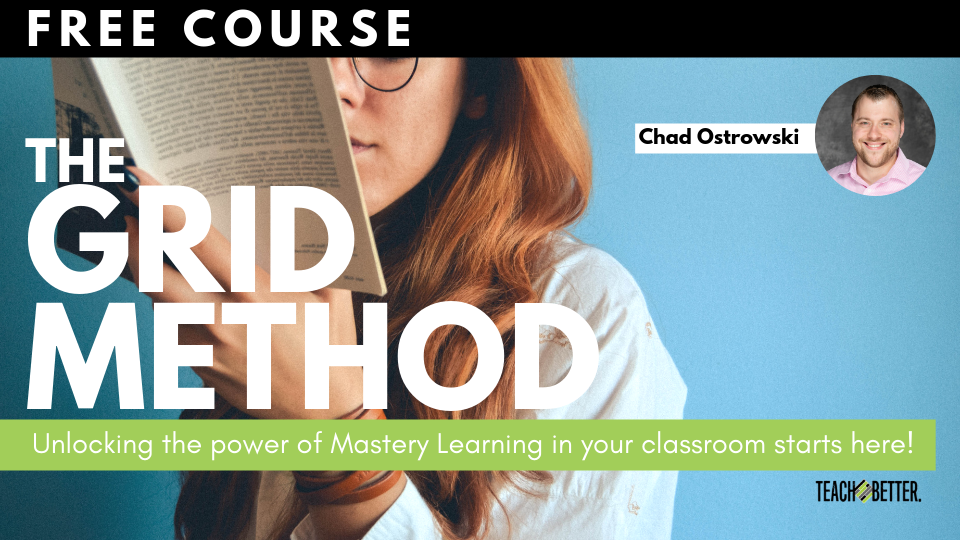 Miscommunication and unclear explanations discourage and confuse students. Especially when it involves multiple steps. If using technology or a computer, it is always a good idea to work through your directions a few times before giving them to students. One missed step can lead to frustration, first for the student and then for the teacher.

ENCORE! When assigning a project that includes specific directions, I’ve found that reading through the directions a couple of times, demonstrating the tasks, and then allowing students to attempt it works the best. At least I know I’ve felt less frustrated.

Here’s what’s magical. We produce the ENCORE. Our response to frustration, lack of student understanding or ownership, broken equipment, and whatever else happens in our 43 minute class periods can and will often determine the success or failure of a particular lesson.

When things don’t go as planned, instead of quitting, cue the ENCORE!

Jeremy is a husband, father, high school English teacher and Yoga Teacher. He has earned a Masters in Educational Policy from the University of Illinois and a Masters in Teaching from Greenville University. His goal is to inspire students, teachers and anyone he comes into contact with to be a life long learner. Jeremy believes education is the key to solving our world’s problems. In his free time, Jeremy enjoys traveling, writing, spending time in coffee shops, and spending time with his family watching old TV shows on Netflix. In the summer, he can be found at a Lake Sara in Central Illinois teaching Standup Paddleboard Yoga.
Connect with Jeremy on LinkedIn