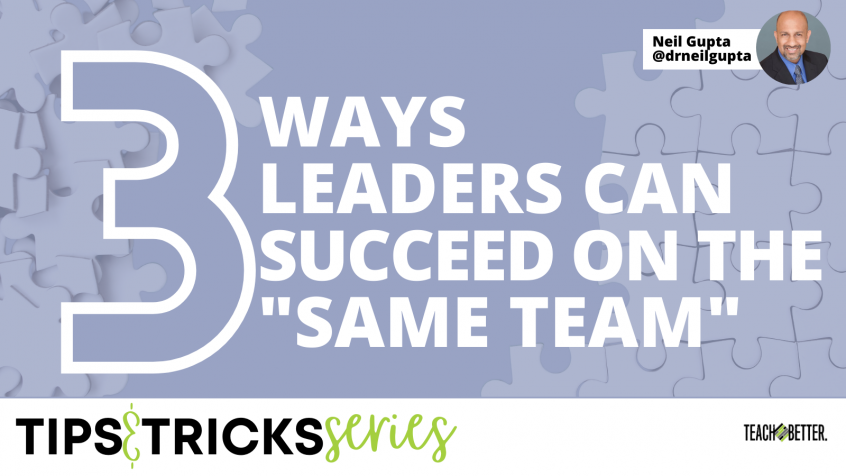 As we head into prime basketball season, I recollect my memories of cheering on my son when he was younger.  There’s an excitement being part of the crowd recognizing our kids for amazing shots or passes.  In our enthusiasm and having watched enough basketball games in our tenure, the parent group, myself included, sometimes become sideline coaches and referees to make the game even more engaging!  I’m sure the coaches and referees loved that!

During a game, it’s not unusual for us to shout out plays or point out to the referees mistakes they called.  In addition to providing encouragement to our players, we also feel the need to provide direction to them on who’s open for a pass, the positive affirmation to shoot the ball, or reminding the players to rebound the ball.  One call that brings laughter to the crowd is when two players on the same team come down from the hoop fighting for the ball.  At that moment, we are screaming to the players in unison…

It’s frustrating when two players on the same team are fighting for the same ball.  Not only is a lot of time and energy wasted, but there’s also potential for an unnecessary foul, turnover, or injury to take place.

As you continue in your leadership journey, it’s important to keep in mind you work on a team with other committed colleagues with the same goal as yours. Click To Tweet

In a school, there’s a similar sense of danger when two leaders on the same team, going for the same goal, end up fighting with each other.  As educational leaders, it’s important for us to recognize and call out ourselves when we are doing this.  And, it’s also important to know how to effectively work together for success.

For high performing teams, it’s not a question “if” it’s going to happen, but “when.”  Similar to two basketball players getting caught fighting for the same ball, here are three ways leaders can succeed on the “Same Team.”

Leaders Can Succeed on the “Same Team” Tip #1: Open Your Eyes

When I watch two young basketball teammates fighting for the same ball, I often notice their eyes are closed.  In their intense desire to get the ball, their focus is only on the ball.  While the focus is on the right thing, instinct takes over. They close their eyes in response to a potential collision. All they can do is hope they will end up with the ball.  So, regardless of who is on the other end of it, and with eyes shut, they clutch the ball pulling it in their own direction. 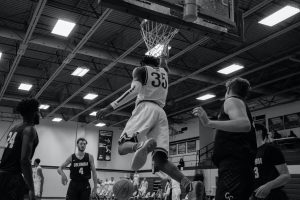 To be effective as a leader, it’s important to open your eyes.  Take time to notice the person you are “battling” with and consider the following:

Leaders Can Succeed on the “Same Team” Tip #2: Let It Go

Once the two players open their eyes, it’s important for one of them (the hope is just one; no need for both), to let the ball go.  Yet, the struggle can continue if both teammates believe they can do something better than the other.

From a leadership perspective, leaders need to consider the “Cloud Technique” as part of the Theory of Constraints: 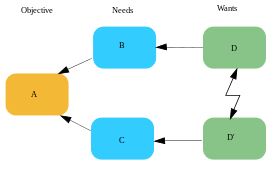 In the illustration above, the top two boxes depict the perspective of one person, and the bottom two boxes of another person.  If the two leaders are really moving towards the left with the same common objective, then it becomes a question of understanding the Wants and Needs of each person.  With enough perspective, it’s possible for a decision to meet the Needs of both people.  But, the Wants of each person may be in conflict.  Therefore, the leader may need to “forfeit” his/her Want in order to satisfy the Needs of both as well as meet the common objective. 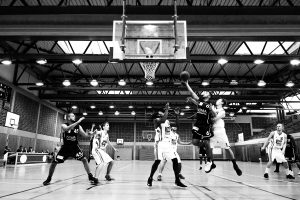 Leaders Can Succeed on the “Same Team” Tip #3: Move Forward

This last way for leaders to ensure they are on the same team for success is to move forward.  Too often, leaders get caught up in keeping stats on how many possessions, shots, assists, or steals were made as an individual.  Instead, they need to think, act, and work as part of the team.  Although you might not have the ball or get your way, it doesn’t mean you stop playing or trying.

For success, leaders need to move forward with the team.  This last way can be best shared in this story about “The Two Monks and a Woman”:

A senior monk and a junior monk were traveling together. At one point, they came to a river with a strong current. As the monks were preparing to cross the river, they saw a very young and beautiful woman also attempting to cross. The young woman asked if they could help her cross to the other side.

The two monks glanced at one another because they had taken vows not to touch a woman.

Then, without a word, the older monk picked up the woman, carried her across the river, placed her gently on the other side, and carried on his journey.

The younger monk couldn’t believe what had just happened. After rejoining his companion, he was speechless, and an hour passed without a word between them.

Two more hours passed, then three, finally the younger monk could contain himself any longer, and blurted out “As monks, we are not permitted a woman, how could you then carry that woman on your shoulders?”

The older monk looked at him and replied, “Brother, I set her down on the other side of the river hours ago, why are you still carrying her?” 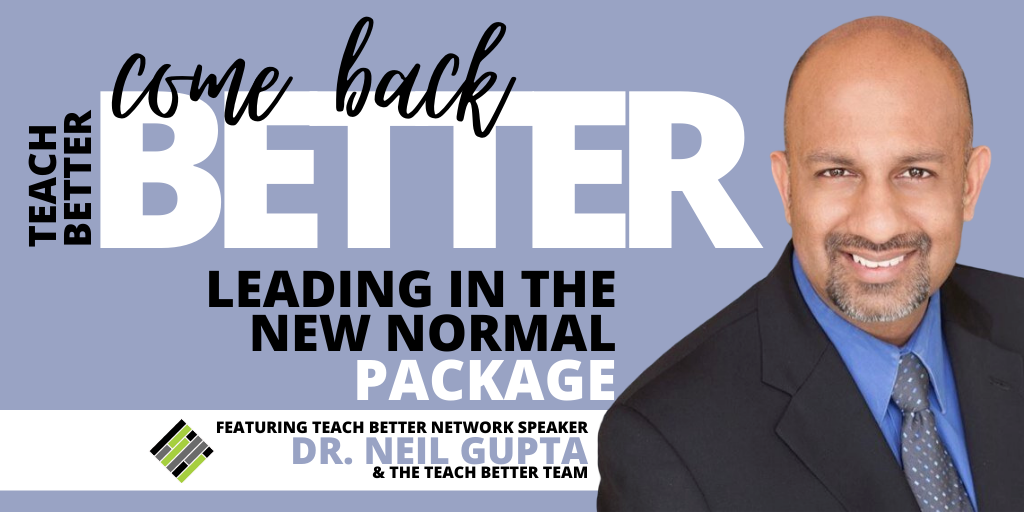 Conclusion: Leaders Can Succeed on the “Same Team”

As you continue in your leadership journey, it’s important to keep in mind you work on a team with other committed colleagues with the same goal as yours.  It may be natural, in your zeal and fervor, and based on your perspective, to take the lead.  If there are times when you feel a struggle with your teammates, it’s important to recognize you are all on the “Same Team.”

Think about these three ways for success.  There are many challenges that teams face, and the work with each other shouldn’t be one of them.  What are areas you feel there is tension amongst team members who are still holding on to the same ball?  Has it been made clear what the common goal is?  Is there a need to pause and identify the “wants” versus “needs” that may help in determining the common objective?

Dr. Neil Gupta has served as a teacher, building administrator, and district-level administrator for over 20 years. Neil has presented at the state, national, and international level in the areas of leadership and coaching. Dr. Gupta has a passion for coaching leaders and working with teams employing effective strategies. Dr. Gupta is also a member of the Teach Better Speakers Network.